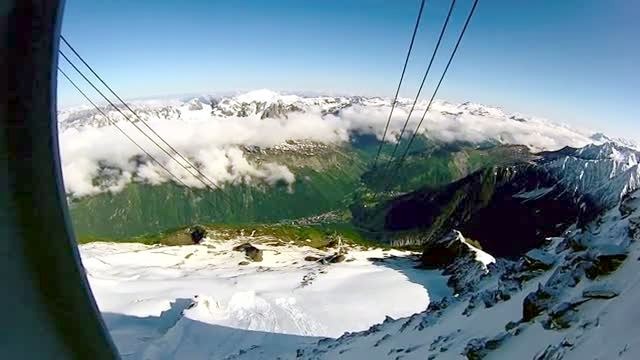 Other by AurelienDucroz 29 September 2010
Edit from summer 2010 for the first season in sailing for Aurélien Ducroz. Beautiful races realized with in only 4 months, his aim reached : to be qualified for the Mini Transat 2011.
Longitude Mer - Lorient 2010
171 Views
Ski by AurelienDucroz 17 May 2010
Last runs of the 2009/2010 winter season for Aurélien Ducroz at home in the Chamonix Mont Blanc Valley. Few hours at daylight of pure ski... No stress, relax, just for the pleasure.
Latitude Neige - Last Runs Chamonix 2010
7 025 Views | 30

Other by AurelienDucroz 10 May 2010
The winter season of Aurélien is done. Now he's in Lorient for his second passion : sailing. His boat is ready for competition and for the first one of the season for Aurélien with the Nissan 417.
Longitude Mer - Demi Clé 6.50
182 Views
Ski by AurelienDucroz 25 April 2010
Last event of the tour 2010 in Verbier (Switzerland) for the Nissan XTreme Verbier. Aurélien, as the other riders had to compete two times after the cancellation of the first day postponed two days after due to the bad weather. So it's with a beautiful sun that Aurélien is classified second of the stage and fourth of the 2010 Freeride World Tour.
FWT - NissanXTremeVerbier 2010
1 306 Views | 2

Ski by AurelienDucroz 30 March 2010
A new video of Aurélien Ducroz in the American mainland this time. In mid-february, Auré was gone with Dom Daher and Daniel Lafarge for a photos and videos trip in the famous ski resort of Wyoming area : Jackson Hole Amazing pictures and shootings among the forest and the cliffs. A great show... Then, ready for the Freeride World Tour with the Nissan Tram Face of Squaw Valley. After a hard beginning, Aurélien realizes two great runs and takes the second place of the podium. A nice come ba...
Trip Jackson Hole & FWT - Nissan Tram Face Squaw Valley
2 279 Views | 1

Ski by AurelienDucroz 15 March 2010
So, come back this time in Chamonix (France) for the second event of the Freeride World Tour 2010 and the Nissan Freeride of Chamonix which took place on January 30th, 2010. A race at home for Aurélien who in spite of a very interesting line, will be classified only thirteenth. You will be able to see the stage of Sochi (which had been cancelled because of very bad weather) with the Nissan Russian Adventure Sochi 2010 by Swatch which also competed in Chamonix. The good weather was always the...
FWT - Nissan Freeride of Chamonix 2010
430 Views
Ski by AurelienDucroz 31 January 2010
Let's see Aurélien Ducroz and his buddy Séb Michaud in Sochi (Russia) for what had to be the first event of the Freeride World Tour 2010. Unfortunately the competition was cancelled because of the changeable weather and postponed in Chamonix after Freeride of Chamonix. Beautiful images and a small immersion in the Soviet culture on the menu of its sequence from Russia.
FWT - Sochi 2010
445 Views
Ski by AurelienDucroz 27 November 2009
Latitude Snow Longitude Sea is a short video relating the project of Aurélien Ducroz around his two passions : freeride and sailing.
Latitude Neige Longitude Mer
605 Views | 3

Ski by AurelienDucroz 27 November 2009
Last event of the Freeride World Tour when Aurélien Ducroz wins and is consecrated 2009 World Champion. A great race when his dream become a reality.
Nissan Xtreme de Verbier 2009
740 Views
Ski by AurelienDucroz 27 November 2009
Last run of the 2008/2009 winter season for Aurélien Ducroz in the amazing off-pist of the Mont-Blanc mountain. A beautiful weather, perfect snow and just a pure pleasure before packing up skis for summer. Summer, time for his other passion : sailing.
Last Run Cham 2009
14 599 Views | 14