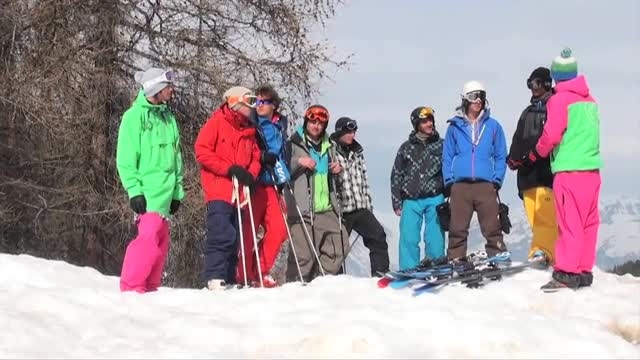 Latest
Banger's Day by Coreupt
Five people from the skipass community invited for one day to try the new Banger 2013 range from COREUPT in exclusivity. To ride with the winners and help them increase their skills, Kevin Rolland, Flo Bastien and Victor Bérard were in La Plagne for the day. Thanks to all and see you next year !
8 108 Views

Ski by CoreUPT 29 December 2011
Back at it again... Its been nearly two years since I last shot an edit with Dale. Once again, dale delivers the freshest style and super creative use of features. We lapped mount snow for a full day on December 22nd, sessioning the preseason setup on gulch and mineshaft. We were in and out of the rain all day but still had a great time despite the typical unpredictable east coast weather. Credit: Evan Williams Skier: Dale Talkington COREUPT Location: Carinthia @ Mount Snow, VT...
DALE TALKINGTON - RAINY DAYS EDIT
4 824 Views | 27

Ski by CoreUPT 7 December 2011
The Freeski has always existed, but had not known expansion until the end of 90's with the arrival of the first twin-tip skis. Freestyle skiing today has hundreds of tricks, so COREUPT will help you this winter with a series of TRICKTIPS (explanation of tricks) explain by our Pro-Riders This week Flo Bastien offers to explain the 360 Tail & the 540 Reverse Tail in his home Tignes FRANCE
COREUPT TRICKTIPS
14 615 Views | 2

Ski by CoreUPT 15 November 2011
Welcome to Kevin Rolland in the COREUPT team. Here is the official video of the announcement of Kev, presented by Guerlain Chicherit at the BIG CITY AIR in Budapest. www.coreupt.com
WELCOME KEVIN ROLLAND
10 027 Views | 29

Ski by CoreUPT 4 April 2011
Discover the 2011 European X Games in Tignes from behind the scene with the Coreupt staff. www.coreupt.com
Behind the scene
3 466 Views | 1