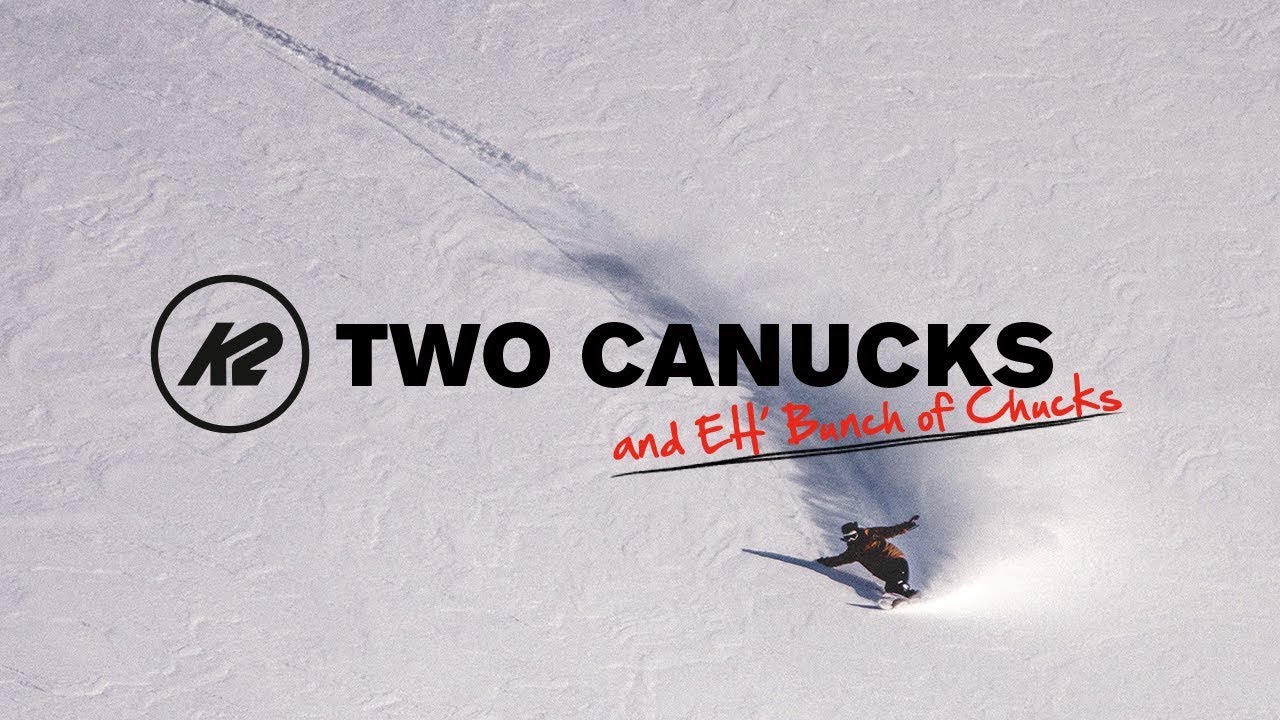 Latest
Two Canucks & EH' Bunch of Chucks
There’s a small number of snowboarders motivated enough to venture into the remote backcountry of British Columbia. Early mornings and long, freezing cold days aren’t exactly great “selling” points, but with K2 Team riders Matt Belzile and Jody Wachniak, the juice is always worth the squeeze. Fans of both the journey and the destination, these proud Canucks clock some serious hours exploring Whistler and it’s surroundings, always on the hunt for untouched snow and unique terrain. They truly are two of the hardest working snowboarders in the game, and we couldn’t be happier to have them on o...
7 188 Views

Other by neverstopowderiding 4 May 2012
Birdmen is a documentary film about the dream of human flight becoming reality. For millennia, humans have looked to the sky and dreamed of arcing through the air, like birds. And now, after hundreds of thousands of years, humans can fly. It is dangerous, deadly, and requires years of training, but a select few have committed their lives to the pursuit of the purest form of human flight: Wingsuit BASE Jumping. 'Birdmen' follows the dream of human flight, from its inception in ancient times t...
BIRDMEN: The Original Dream of Flight TRAILER
15 427 Views | 174

Ski by neverstopowderiding 5 March 2012
High in the Canadian Arctic, 5 friends venture to the frozen fjords of North West Baffin Island during spring time. Ancient and colossal, these branching hallways of rock are the domain of seals and polar bears, and relied upon by local Inuit hunters. For visiting skiers, the fjords are nothing short of a dream. In every direction, giant couloirs ascend thousands of feet above the sea ice, weaving in between some of the tallest and cliffs on the planet. Baffin Island: A Skier's Journey EP2 [S...
Baffin Island - A skier's Journey Ep2 S02
187 Views | 4

Other by neverstopowderiding 5 February 2012
Close call... this snowmobiler shit his pants following a very close encounter with a drop from a 300 meters cliff...
Snowmobile 1 - Mountain 1
26 779 Views | 49

Ski by neverstopowderiding 31 October 2010
The last in a series of 3 ski-travel episodes (Ep1: Kashmir - A Skier's Journey / Ep2: La Grave - A Skier's Journey), Jordan Manley returns home to Canada, visiting the iconic Canadian Rockies. Set to the backdrop of Banff National Park and the Freshfield Icefield, Manley and the Sherpas Cinema crew round out their ski season, climbing and skiing for 6 days out of their picturesque base camp. This episode was produced alongside the filming of 2 year film project of Sherpas Cinema., "All I Ca...
A skier's Journey - Freshfield Icefield
5 467 Views | 29

Ski by neverstopowderiding 6 October 2010
The first in a series of 3 ski-travel episodes (Ep2: La Grave - A Skier's Journey / Ep3: Freshfield Icefield - A Skier's Journey), skiers Chad Sayers and Tobin Seagel travel halfway around the world to Kashmir to ski the high altitude Gulmarg gondola, only to find the snow pack is a ticking time bomb. Never the less, they find safe areas to ski and discover the beauty of Kashmir and the Himalaya - its people and its landscape. Production - Jordan Manley Skiers - Chad Sayers & Tobin Seagel Na...
A Skier's Journey - Kashmir
1 162 Views | 15

Ski by neverstopowderiding 11 March 2010
Candide pour le grand public
889 Views
Ski by neverstopowderiding 4 March 2010
Chris Tatsuno, big mountain shredder and the coolest ski bum we know, won himself a 3 month long all expense paid roadtrip on the Powder Highway. This is the first video of his trip. Brought to you by POC and General.
Powder Highway Ep1-Revelstoke
681 Views | 2

31 Dec
Surfing by neverstopowderiding 29 December 2009
New age of surfing you said?. Huge airs and some of the most progressive moves you will have ever seen to date. An impressive Matt Meola.
Keanon Matt Meola
26 585 Views | 176