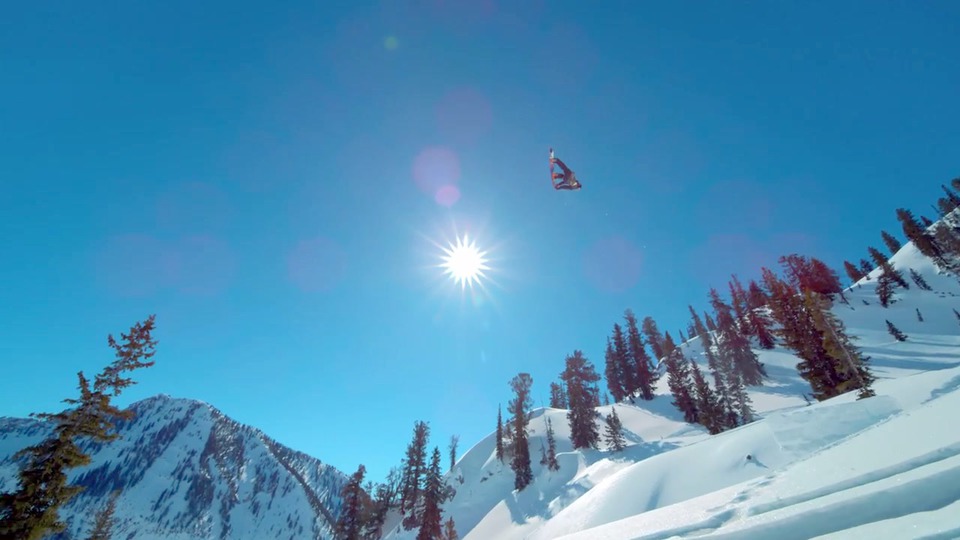 25 Jul
Surfing by redbullfr 24 July 2015
The mind behind the madness: http://win.gs/JOBonfire While recently in Tahiti filming for "Who Is JOB 5.0," Jamie carried out one of his surfing dreams: to get barreled on one of the world’s heaviest waves ... while lit on fire. Watch the footage above, then hear from the man himself, as he breaks down his epic feat http://win.gs/JOBonfire Experience the world of Red Bull like you have never seen it before. With the best action sports clips on the web and original series, prepare for...
Jamie O'Brien Surfs Teahupo'o on Fire
1 641 Views
Snowboard by redbullfr 22 April 2015
On the never-ending hunt for fresh, film-worthy snow, the Blueprint crew went deep, traveling to a freeride paradise in the Alps of northern Italy to explore Alagna & the Aosta Valley. Here Pat Moore, Darrell Mathes, and Danimals, are joined by all-terrain French badass Arthur Longo to sample the regions' big mountain lines that are accessible by chairlift. Bryan Iguchi flies in from Jackson Hole to join the group; tuning in instantly to the crew vibe and the sweet terrain of the Italian side...
Pat Moore: Blueprint - Onward to Italy - Season 2 Ep 7
1 181 Views
14 Apr
Snowboard by redbullfr 8 April 2015
Pat Moore : Blueprint - Old World / New Perspective - Season 2 Ep 6
1 082 Views
Snowboard by redbullfr 25 March 2015
For this episode, Pat was busy with prior obligations in Jackson. In his absence, he turned the controls over to Jake Welch who joined up with John Jackson for a trip to Europe. This year is Jackson’s first season back after two winters sidelined by injuries. Definitely a redemption year for the former award-winning, standard-setting freestyle powerhouse. John shares thoughts on his mental & physical recovery as he & Jake hunt for powder in Switzerland with Kurt Heine, one of snowboarding’s m...
Pat Moore : Blueprint - We Shall Overcome - Season 2 Ep5
1 022 Views
Snowboard by redbullfr 24 March 2015
Follow eight snowboarders on their mission to find the perfect street spot. What they found? Check it out in INTO THE NIGHT. The whole edit was shot at Red Bull The Station, a unique street snowpark in Nesselwang, Germany.
INTO THE NIGHT - Tearing Up Red Bull The Station
1 083 Views
Snowboard by redbullfr 22 March 2015
Step inside Gigi Rüf's world as he sets out to film his recent snowboard movie, Perceptions: an out of the box snowboard film by Pirate Movie Productions, coproduced by Red Bull Media House. Episode 6 takes the dudes to the Russian Far East for a chance to shred some fresh pow in Kamchatka. Injuries plague the boys and their trip as they endeavor to get some clips in complete Russian solitude.
Gigi Ruf : Backcountry Lines in Kamchatka - Perceptions - Ep 6
730 Views
Surfing by redbullfr 20 March 2015
There isn't another wave in the world that goes off as hard as Pipeline. Filmed on location on Oahu’s North Shore, "Made In Hawaii" paints a portrait of one of the cultural centers in the surf world. Each episode is a vignette that is part of a bigger, three-part short film series. Each chapter is a snapshot; a commentary on the state-of-play in that region. Surfers Dave Wassel, Alex Gray, Creed McTaggart, Michel Bourez and Nat Young tell their stories about the iconic wave.
Castles in the Sand - Made in Hawaii - Part 2
1 523 Views
Snowboard by redbullfr 12 March 2015
Imagine waking up at the base of Buttermilk in Aspen, with massive side-by-side superpipes outside your hotel window. What would it be like to grab breakfast with some of the best snowboarders in the world? How good would it be to get a lift from the sled to the top of the pipe? What does one of the craziest features in snowboarding feel like to ride? Imagine no more. Come along for the POV ride and experience what it’s like to be an invited rider at one of the most progressive snowboar...
Red Bull Double Pipe - Firsthand Look
2 957 Views
Snowboard by redbullfr 11 March 2015
Lake effect snow and arctic temps brought the Blueprint crew on an exploratory mission to upstate New York where crumbling industrial architecture and barren streets were waiting to be assaulted. Searching for spots with Pat, Jeremy Jones, Jake Welch, Seth Huot, we ride shotgun as the crew sets them up & settles them in quick succession. Roofs, walls, parking structures, trees, stairs, gaps, & all sorts of concrete—they hit everything. They also share thoughts on teamwork and the importance o...
Pat Moore: Blueprint - Season 2 Ep 4 - Riding Shotgun in Jamestown
976 Views | 1

Snowboard by redbullfr 9 March 2015
Buy the movie on iTunes: https://itunes.apple.com/at/movie/id9... Step inside Gigi Rüf's world as he sets out to film his recent snowboard movie, Perceptions: an out of the box snowboard film by Pirate Movie Productions, coproduced by Red Bull Media House. Episode 4 takes the crew to India, specifically the Himalayas, for some mind-blowing backcountry lines.
Fresh Powder in the Himalayas - Perceptions - Ep 4
2 259 Views
Other by redbullfr 25 February 2015
Click here to learn more about this amazing adventure: http://www.redbull.com/en/adventure/s... In his constant pursuit of new challenges, wakeskating pioneer Brian Grubb paid a visit to Bosnia and Herzegovina and headed for Olympic mountain Bjelasnica, 25 kilometer from Sarajevo. His vision was to take wakeskating completely out of the summer environment and put it in winter conditions. And, to spice things up, to combine water and snow elements for the first time. His quest brought him...
Winter wakeskate wonderland w/ Brian Grubb
1 399 Views
Snowboard by redbullfr 12 February 2015
Without A Doubt - Pat Moore: Blueprint - Season 2 Ep 2
1 146 Views | 1