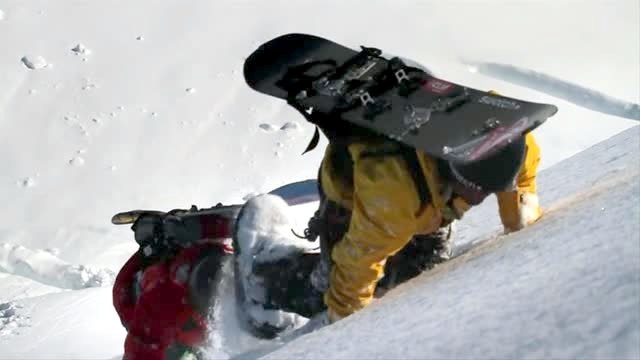 Ski by swatch 13 August 2013
The first glimpse and announcement teaser of "DAYS OF MY YOUTH", a two-year film set to be released in the fall of 2014 by MSP Films and Red Bull Media House with the support of Swatch.
Days of my Youth - Teaser
8 990 Views | 5

3 Jul
Surfing by swatch 2 July 2013
Pauline Ado is French and the N°1 European surfer on the ASP Women's World Championship Tour. Although she wasn't born into a surfing family, she received her first surfboard at the age of 8. Ever since, she's never stopped enjoying to compete and travel to the most exotic locations in the world. A dream come true!
Pauline Ado | 2013 Swatch Proteam
2 343 Views | 1

Surfing by swatch 14 June 2013
Coco Ho is a native Hawaiian and a descendant of surfing legends. Brought up in the best waves of the world, the 21-year-old pursues to live her dream by competing in the ASP Women's World Championship Tour with both confidence and style.
Coco Ho | 2013 Swatch Proteam
3 242 Views | 9

Surfing by swatch 18 April 2013
Courtney Conlogue is only 20 years old and already living her dream as a professional surfer. As one of the top female surfers on the ASP Women's World Championship Tour, she's chasing the World Title by training hard both in and out of the water.
Courtney Conlogue | 2013 Swatch Proteam
3 021 Views | 2

25 Nov
Snowboard by swatch 23 November 2012
"I went there out of curiosity, but I still remember that surprise on the first morning when I opened my eyes over the peninsula. Antarctica is the most powerful, beautiful, unexplored skiing & snowboarding spot on the whole planet" - Xavier De Le Rue. This trip will document an incredible journey from the Falklands sailing though the drake passage and wandering around the Fjords of the Antarctica Peninsula on board of a 20m boat feat. Swatch Proteam snowboarder Xavier De le Rue.
Mission Antarctic - Trailer
8 932 Views | 20

Other by swatch 15 November 2012
The final episode of the summer season 2012. Traveling from Munich around the globe to Levi's home compound in New Zealand. The last edit leads you to the grande finale of the Red Bull X-Fighters in Sydney, where Levi got to take home the glorious World Championship title!!
Swatch Proteam All Access -- Down Under
11 848 Views | 10

Surfing by swatch 10 August 2012
Follow our gorgeous surf ladies and Swatch Proteam members Coco Ho, Pauline Ado & Courtney Conlogue through their ASP Women's World Tour season and enjoy the circus from a different perspective. The last stop of the ASP World Tour - US Open of Surfing at Huntignton Beach!!
Swatch Girls on Tour - Episode Six
946 Views
Other by swatch 7 August 2012
As summer time is stepping ahead, Levi Sherwood came around to Mat Rebeaud's house and home event, the Swatch free4style in Switzerland - but not only to challenge him in FMX...
Swatch Proteam All Access -- Back in Europe
4 536 Views | 2

Other by swatch 3 August 2012
See the interesting, hectic, dramatic and glorious life "behind the scenes" of a Proteam athlete. The "All Access" series takes you a step beyond the ordinary you usually get to see. Mother nature was not in FMX mood at all in Turkey. However, this was no excuse for Levi & Mat to relax at the hotel pool. Instead of shredding the dirt, they took the chance to explore the ancient and fascinating city of Istanbul.
Swatch Proteam All Access -- Red Bull X-Fighters Istanbul 2012
337 Views
Surfing by swatch 31 July 2012
Follow our gorgeous surf ladies and Swatch Proteam members Coco Ho, Pauline Ado & Courtney Conlogue through their ASP Women's World Tour season and enjoy the circus from a different perspective. Episode five is all about Coco's third place at the Roxy Pro Biarritz!!
Swatch Girls on Tour - Episode Five
1 452 Views
Other by swatch 16 July 2012
﻿﻿The 20th annual edition has been an epic happening with thousands of screaming spectators, Music, Jet Ski and Wakeboard action and an FMX crew that was charging it big time! Local Mat Rebeaud and New Zealander Levi Sherwood proofed their extraordinary level on the banks of beautiful Lac Neuchatel (SUI) in a high-class contest with Levi taking home the victory.
Swatch Free4Style 2012 - Best Action
529 Views