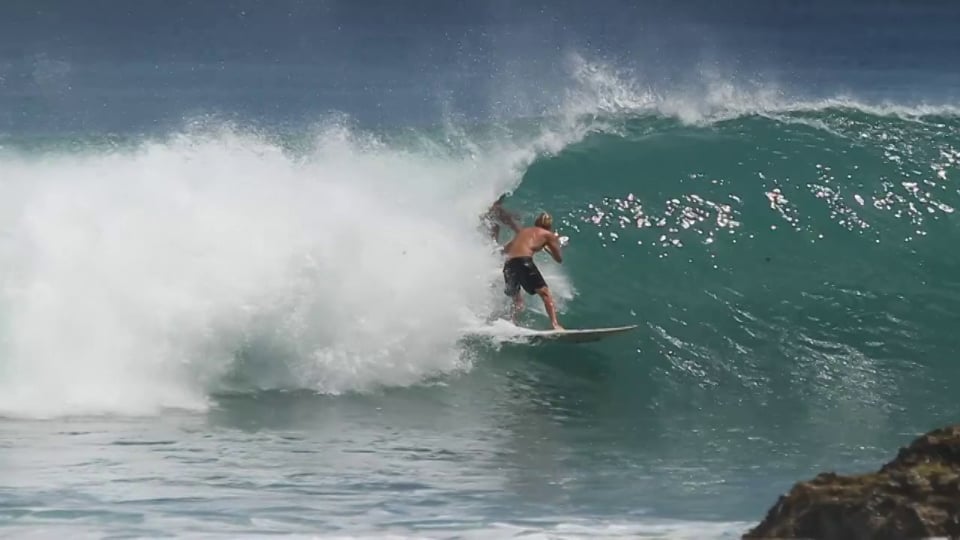 Latest
Kiwi vs Brazillian
'Brazilian's play soccer - Kiwi's play rugby.' Tim's Brazilian experience! It's all happened to us before, you're out surfing, enjoying a good session with just you and your mates. Then you suddenly get that sinking feeling as you see 10 people pile out into the line up, all at once, heading for you like a honing missile. Oh well, it was bound to happen at some point, so you just smile, wait you're turn and try enjoy the remainder of you're session. This would work except the new comers have a different attitude, continuous snaking, consecutive drop-ins and generally bad attitudes would...
745 897 Views

Ski by Uluwatu 19 November 2013
Alpe d'Huez : boardercross et slalom
1 455 Views
Wake by Uluwatu 29 June 2012
This project was tottaly spontaneous. Murphy was in Poland cause of the Urban Wake event ( Wakeboarding competition in centre of Warsaw), and I just got the Olympus I speed camera – shooting up to 2000 frames per secondfor testing. After few hours of playing with the camera at home, I realized that I need some “live” action to check potential of that cam. So I asked Marek if he is still in Poland and is he able to stay one day longer after the competition to play together. We set meetin...
Time Warp - Marek Zach
9 359 Views | 20

Other by Uluwatu 6 April 2012
Canopy collision under two cross-braced canopies, two reserve rides, you get it... This is why it's important to be heads up in the air. We estimated our collision speed at about 60 mph. Both people walked away alive and uninjured that day.
Parachute Collision - Skydive Accident
16 335 Views | 18

Kayak by Uluwatu 19 May 2010
Face Time: a kayak film that will show you some of the different styles and give you some real face time with some of the worlds top paddlers. It is time to get up close, get some FACE TIME.
Face Time - Teaser
1 365 Views | 4