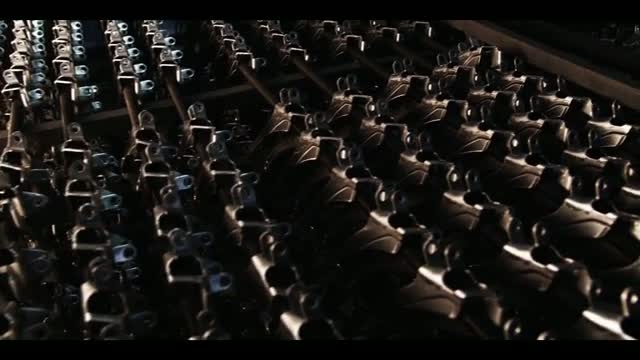 Latest
Life Cycles - Stance Films - OFFICIAL 2010 Mountain Bike Trailer 1080p
Life Cycles tells a spectacular story of the bike, from its creation to its eventual demise. A visually stunning journey, with thought provoking narration, Life Cycles uses Ultra HD to document the many stories surrounding the mountain bike and its culture. Ride along into breath taking natural settings, as we battle the elements, showcase the progression of riding, take a road trip, fix the bike, and show the destruction and eventual creation of trails. Semenuk, Hopkins, Schwartz, McIntosh, McCaul Agassiz, Hunter and Vanderham guide you through this wonderful story. Life Cycles is a celebr...
1 893 Views | 14

Other by VAS_Entertainment 22 September 2010
Released in 2009, MOTO The Movie was the first film to truly showcase the complete spectrum of dirt bike riding and racing. No MX movie had ever captured so many of the world's most progressive riders doing what they do best. From Supercross to Big Mountain Freeriding, Off-road, Woods, Trials, European Extreme Enduro, and Motocross... MOTO The Movie delivered! The formula for MOTO 2 is simple: instill unrivaled dedication and passion to yield the most progressive MX film of all-time! Along wi...
Moto The Movie 2 - The Assignment - OFFICIAL 2010 Moto Trailer
629 Views | 5

Ski by VAS_Entertainment 22 September 2010
It's true, there's nothing good on TV. 'TELE-VISION' is a different story, however. This season we're skinning into your living room to grab the remote and tune you into our finest backcountry ski flick yet. A strange "El Nino" year forced us to climb further, dig deeper and flat out try harder in order to create a film worthy of "A Powderwhore Production". Mission accomplished. 'TELE-VISION' is our continuing tradition of filming the top telemark skiers in the world playing in untracked powd...
Tele Vision - Powderwhore Productions - OFFICIAL 2010 Ski Trailer
311 Views
Ski by VAS_Entertainment 22 September 2010
Subaru of New England presents an East Coast Ski Thriller by Meathead Films: "Work It Out" From record-breaking 5 foot blizzards in Washington DC to 10 inches of rain in New England, Meathead Films spent the winter of 2010 scouring the East Coast on the hunt for epic days. No matter the weather or personal fatigue, the crew was forced to roll with the punches and just work it out. Tag along as the Meathead's relentless search takes them to the craggy White Mountains backcountry, urban alleywa...
Work It Out - Meathead Films - OFFICIAL 2010 Ski Trailer
286 Views | 1

Snowboard by VAS_Entertainment 22 September 2010
20 Tricks Volume 4 : Basics To Bangers - Transworld - OFFICIAL 2010 Snowboard Teaser
20 Tricks Volume 4 : Basics To Bangers - Transworld - OFFICIAL 2010 Snowboard Teaser
344 Views
Snowboard by VAS_Entertainment 22 September 2010
TransWorld Snowboarding's new feature film, In Color, documents an action-packed winter with a diverse crew of snowboarding's most talented riders. From the Canadian backcountry to the streets of the east coast to Scandinavian park sessions, the riding is heavy. Legends like Devun Walsh and Jussi Oksanen back up young chargers like Keegan Valaika and Mikkel Bang. Jake Olson-Elm and Phil Jacques heat up the streets; and the list goes on. Filmed in stunning HD digital video in Alaska, Norway, W...
In Color - Transworld - OFFICIAL 2010 Snowboard Trailer
296 Views
Ski by VAS_Entertainment 22 September 2010
TPoor Boyz Productions with Salomon are proud to present Revolver! The 2010 film from Poor Boyz Productions focuses on the progression and the factors that have coincided with many great advancements of the sport of skiing. (Over the last decade skiing has exploded into what we know it is today. But skiing has had many trying moments long before the end of the 20th century.) This season Poor Boyz Productions plans to showcase today's raw talents of skiing in a high action, retrospective, yet...
Revolver - Poor Boyz Productions - OFFICIAL 2010 Ski Teaser
1 845 Views | 4

Ski by VAS_Entertainment 22 September 2010
Field Productions is proud to announce their seventh ski movie production. With the most influencial and diverse line up of athletes and a bag of unique locations they can assure that this one is their best so far. The movie brings a new look on the urban scene, massive tricks in the terrain parks, intense big mountain skiing on the most scenic locations in Norway. deep blower powder in Haines AK and Interior BC. Shot on the RED One and other HD cameras that results in a crisp high quality ex...
Side By Side - Field Productions - OFFICIAL 2010 Ski Trailer
348 Views | 1

Snowboard by VAS_Entertainment 22 September 2010
"The Saturday Night Ride" is the story of Ravishing Nick Crude's return to snowboarding and wrestling after over ten years in the Federal Penitentiary. He returns to his home mountain only to find that his whole world and everything he knew has been turned upside down. The film features the snowboarding of Patrick McCarthy, Nick Ennen, Andy Bergin-Sperry, Kurt "The Hurt" Jenson, Tim Carlson, Manuel Diaz, Andy Stern, Jay Kelly, Shaun McKay, Forrest Burki, Joe Bosler, and Austen Sweetin.
The Saturday Night Ride - Wild Card - OFFICIAL 2010 Snowboard Trailer
148 Views
Ski by VAS_Entertainment 22 September 2010
Skiing has arrived. MSP Films takes you inside the action with "THE WAY I SEE IT," featuring several unique perspectives on the progression that took place during the winter of 2010. The winner of Powder Magazine's 2009 "Movie of the Year" brings you the best athletes on the planet sharing their points of view on what it means to be a skier and backing up their positions with hard-charging action. The MSP team traveled the globe in search of what makes this sport so special... the adventure,...
The Way I See It - MSP Matchstick Productions - OFFICIAL 2010 Ski Trailer
530 Views | 1

Snowboard by VAS_Entertainment 22 September 2010
Movement can give the illusion of progress. And they say that all the world is illusion. So what is the difference between exploring and being lost? In a winter that brought an exceptional amount of challenges to riders all over the world, Absinthe's newest snowboard film reminds us how much our reality is affected by what we make of it. Whether you are lost ... or exactly where you want to be ... all depends on how you look at it. NOW/HERE RIDERS: Dan Brisse, Jake Blauvelt, Gigi Rüf, Lucas D...
NowHere - Absinthe Films - OFFICIAL 2010 Snowboard Trailer
776 Views | 5

Mtb by VAS_Entertainment 22 September 2010
Anthill Films Demo Reel (Follow Me)
Anthill Films Demo Reel (Follow Me)
529 Views
Snowboard by VAS_Entertainment 22 September 2010
DESCRIPTION FOR HELLO WORLD: FROM THE MINDS BEHIND KNOCKOUT AND MOST RECENTLY ELEKTRO, ALTERNA FILMS PRESENTS ITS GLOBAL ASSAULT ON SNOWBOARDING WITH ITS LATEST RELEASE TITLED HELLO WORLD. THIS FILM DELIVERS INSPIRED FILMMAKING AND TECHNICAL FREESTYLE SNOWBOARDING AT ITS HIGHEST LEVEL. A FEW HIGHLIGHTS INCLUDE RARE VISITS TO THE WAR TORN STREETS OF BOSNIA HERZOGIVNA AS WELL AS SHREDDING THE POW OF THE MIDDLE EAST. HELLO WORLD IS A BLEND OF FRESH FACES AND UNIQUE PERSONALITIES THAT TRANSPIRE I...
Hello World - Alterna Films - OFFICIAL 2010 Snowboarding Trailer
233 Views | 1