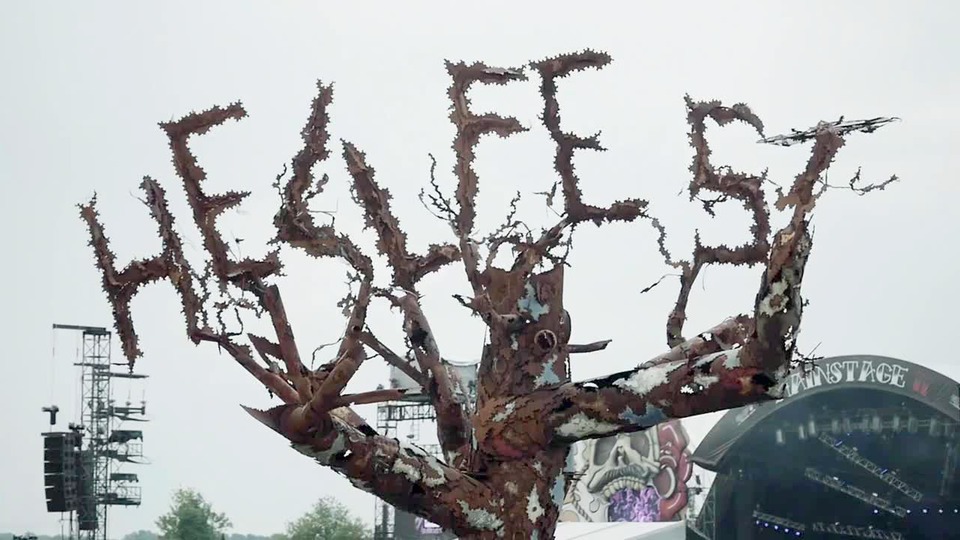 Latest
Volcom au Hellfest 2016
Last week we loaded up the van and headed to Clisson, France for the tenth edition of the Hellfest festival. Axel Cruysberghs, Dustin Dollin, Harry Lintell and Victor Pellegrin jumped in; we checked set times and put the pedal to the metal to make sure we could not only get our shred on the ramp setup but also enjoy shows from the likes of Black Sabbath, Melvins, Napalm Death, King Diamond, Sunn O))) and of course our friends from Gojira, The Shrine and Kveletrak. Heres a little clip of some of what went down. Roll on Hellfest 2017!
1 333 Views

Surfing by volcom 24 March 2016
Welcome To Water
2 108 Views
Snowboard by volcom 30 November 2015
As one of snowboarding’s most capable and committed riders, Pat has built a bulletproof pro career on hard work and constant progression. Follow his season in this full length part from the streets of NY to the mountains of Italy, this high octane fast passed edit has it all and moore…
Pat Moore in "A Little Moore"
1 709 Views
Skate by volcom 24 November 2015
Daan Van Der Linden has been on our European skate team for a few years, but we just added him to the Volcom global team. WELCOME TO THE TEAM DAAN! In celebration we put together an OFFICIAL VOLCOM INSTAGRAM EDIT of all the clips we've posted of him over the past year or so. Enjoy Real Life Happening featuring Daan Van Der Linden
Volcom Presents: Real Life Happening - Daan Van Der Linden
1 635 Views
Snowboard by volcom 19 October 2015
Volcom Snowboarding presents Standing Ovation, a short film staring Bryan Iguchi and Jamie Lynn, two of the Worlds most respected and influential snowboard athletes of all time. They have dedicated the better part of their lives to living and breathing snowboarding. Stand with them on top of a majestic Alaskan mountain top as they reflect on where they have come from to understand where they are going.
Bryan Iguchi & Jamie Lynn : "Standing Ovation" Presented by Volcom Snowboarding
1 027 Views
Skate by volcom 14 September 2015
The 2015 French edition of Volcom’s Wild In The Parks skate contest took place at the skate spot that has been set up by Volcom all summer in the heart of Paris, Place de la Bastille. The structure isn’t as big as a skatepark and has no big set of stairs or any rails but is really fun to skate, is unique by its material (granite) and calls for creativity and trick variations. Around a 100 contestants signed up, with skaters from all around France and of course Paris locals and expats that sp...
Stop #9 of Volcom's WITP Europe 2015 | Paris, France
969 Views
25 Aug
Surfing by volcom 19 August 2015
Volcom Stone presents the Psychic Migrations official trailer, a Veeco Film Production directed by Ryan Thomas. See how you could win an all-expenses-paid trip to the Global Premiere in Newport Beach, CA. on September 17 by clicking here: http://vol.cm/psychicmigrations
Psychic Migrations - OFFICIAL TRAILER
2 188 Views
Surfing by volcom 30 June 2015
Jelly Slater pour Volcom : True to this
1 672 Views
Snowboard by volcom 10 June 2015
Mike Ravelson and friends spinning some springtime laps at Mammoth Mountain CA. Shredders- Mike Ravelson Dan Liedahl Alex Lopez Jake Selover Scott Blum Richie Conklin Film/Edit- Seth Huot Location- Little Chino Skatepark Mammoth Mountain Ca Music- Agent Orange "Last Goodbye"
Mike Rav at Mammoth
1 110 Views
9 May
Snowboard by volcom 4 May 2015
2015 Volcom Banked Slalom - Kitzsteinhorn
835 Views
Snowboard by volcom 29 April 2015
Volcom Snow team rider Alex Rodway spinning some hot laps through the terrain park at Brighton Resort, UT. Film / Edit: Seth Huot Music: Single Frame, “Exact Copy” - Volcom Entertainment
Volcom - Alex Rodway, Brighton Resort
1 177 Views
Surfing by volcom 8 April 2015
Mitch Coleborn has fun doing anything, but he has the most fun surfing in chunky, brown, messy waves. Drop into this new Volcom True To This edit, "I Don't Think of Perfect Blue" and get lost with Mitch as he scores "perfect" waves from around the globe.
Volcom Stone - True to This : Mitch Coleborn “I Don't Think of Perfect Blue”
767 Views
Snowboard by volcom 30 March 2015
Les Deux Alpes : Volcom PBJE European Tour
1 041 Views
Snowboard by volcom 18 March 2015
Volcom PBJR European Tour - Stop #4 : Poland
106 Views
Snowboard by volcom 12 March 2015
Volcom Stone's PBRJ European Tour 2015 | Stop #3 Nesselwang "The Station", Germany
623 Views
Skate by volcom 9 March 2015
Volcom unveils its latest collaboration inspired by the thrashin’ fashion of gouging grinds and heat-seeking aerial bombardments. Together, Volcom and Spitfire bring a collective 50 years of experience in making quality products specifically designed for those who keep the eternal skate-fire stoked. Hard like Stone and hot like Fire, this collection does not burn alone. Take note of its clean and functional style created for long days and nights of deep exploratory recon in the streets kids c...
Spitfire X Volcom Collection Video
230 Views
Surfing by volcom 2 March 2015
Join us on the rock and melt into the purity that lurks within the insanity. Despite the cameras, crowds and calamity, the ride remains the drive as the Volcom team dives deeper into the heart of the True To This movement. Since the beginning, Volcom has always had a special appreciation for the raw power and beauty of Hawaii. In this episode we pay respect to our Hawaiian family and soak in the spirit of Aloha as we join The Growlers, Dusty Payne, Coco Ho, Rune Glifberg, Pat Moore, Gavin Bes...
Volcom presents True To This: "Growling on the North Shore"
880 Views
Snowboard by volcom 2 March 2015
Volcom PBRJ 2014 - Les Deux Alpes
164 Views
Skate by volcom 17 February 2015
Volcom presents True To This: Harry Lintell
987 Views
Surfing by volcom 22 January 2015
The waiting period for the 2015 Volcom Pipe Pro, a WSL QS 3000 rated event, is set to begin Thursday, January 29th at the World Famous Banzai Pipeline. 112 world-class surfing “Warriors” from all over the globe will be fighting for a $100,000 prize purse and up to 3,000 QS points to kick off their season. To ensure that these Warriors are able to do battle in optimum wave and weather conditions, the competition will only run on the best days within the 11-day waiting period, which ends Februa...
2015 Volcom Pipe Pro - Official Trailer
836 Views